Experience the life of a cute bounty hunter in this Megamanvania Gig Economy Nightmare. Face down the dangers of alien criminals, gender fuckness, and insurmountable debt on your journey to just not be miserable.

Far from the reach of the Galaxy Patrol, law enforcement is the responsibility of BOUNTY HUNTERS, independent contractors who take on crowdsourced bounties. On the remote mining base FREEPORT 7, one rookie hunter, Yasmyn Sharma, also known as SPACE☆GAL, has taken up the job of collecting bounties posted by people and communities who can't afford large enough bounties to attract the attention of professional hunters, trying to bring justice to those who can't afford it. But when she ends up on the trail of the criminal machinations of the SYNDICATE, and their leader, the interstellar mercenary RALEY YOSHERO, Yasmyn is brought to the limit.

And by that, we don't just mean "space hero" (Though there may still be fanservice involved). Being a bounty hunter means being an independent operator who takes the initiative. You'll pick and choose your bounties, and use your wits to track down your targets. Space Gal isn't paid enough to have objective markers.

A successful hunt is made in the preparation, and you'll have a hard time getting the Boss Bounties if you don't plan ahead. You'll have to consider your weapon loadout, ammo stock, supplies, and other bits of kit, and they all use the same limited inventory space. Bounty hunting is unforgiving, and preparation can make the difference between a triumphant hunt and a dead hunter.

The standard-issue bounty hunter Non-Lethal Blaster can be customized with a variety of subweapons. Two subweapons and a mod can be equipped at the same time, giving you lots of tactical versatility. Warning: use of unapproved "black market" customizations will result in voided warranty.

A hybrid of open world and mission-based level design puts a fresh spin on the 2D platformer. The 8 main areas can be completed in any order, in the style of Mega Man, but they also form an interconnected Metroid-style space. New weapons unlock alternate routes and secrets to find.

Space Gal might work alone, but she has the support of her friends on the station. Explore fleshed-out relationship storylines and go on dates with your pals in between hunting bounties to keep your mental health up. Just keep in mind that your relationships aren't just a matter of dialogue scenes - choices made during normal gameplay can also have an effect! 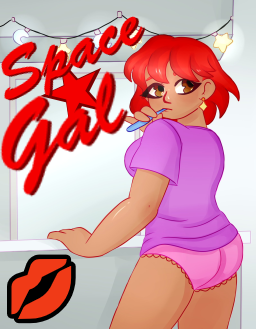 Oh my god, the potential. I honestly can't wait to see this as a full game! <3 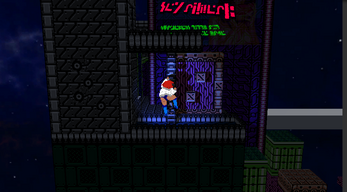